Animal print has always made a resurgence in fashion, especially leopard print and cheetah print. The two very similar yet distinctive animal prints have evolved with different styles throughout the ages. Remember the iconic Mrs. Robinson from The Graduate, starring Dustin Hoffman? Throughout the movie, Mrs. Robinson, played by Anne Bancroft, plays a beautiful older woman trying to seduce a young man the same age as her daughter. She's always dressed in leopard, symbolic of a nocturnal predator.

Christian Dior helped make leopard print popular in the 1940s. In his 1947 collection, he developed a harmonious look of animalistic accents and old-world elegance, as pictured in this coat dress from Dior's Autumn/Winter Collection. In 1954, Dior released the Dress with Stole on made with silk featuring a leopard motif.

Fashion icons wore leopard print and cheetah print captured by the paparazzi and fashion photographers throughout the decades, including Marylin Monroe, Elizabeth Taylor, Jackie Kennedy, Jennifer Lopez, and Kim Kardashian. Leopard spans the spectrum of being praised for its elegance and power and demeaned to its cheap gaudiness. Whatever your opinion of the two animal prints is, it's essential to recognize their historical fashion significance and subtle yet distinct differences.

The Difference Between cheetah and leopard Print

Once you identify the difference in the characteristic patterns between leopard and cheetah print, the differences will seem conspicuous. Cheetah print, the less popular counterpart, is a more round, solid, colored-in dot pattern. From a distance, you might mistake cheetah spots for a polka dot pattern. Cheetah print has made its mark (no pun intended) in fashion as well. Often mislabeled, Cheetah print will appear in online searches in retail stores like Old Navy or Lulu's, but alas, the pattern might truly represent that of a leopard print instead.

Leopards are large jungle cats known for their distinctive spotted coat with black spots referred to as rosettes. The unique pattern often adds a statement to any outfit. However, leopard print clothing can be neutral and bold at the same time.

Cheetahs are big cats known for their distinctive coat and incredible speed. Unlike leopard, cheetah print is a little more subdued because of its tan color. It is usually a few shades lighter than the leopard. And unlike leopard print, the cheetah offers a uniform black spot and provides a more minimal, sleek, and elegant look.

So, what is the difference between the two animal prints?

A leopard print offers a distinct rose shape with no solid black center. Usually, an authentic leopard print has a slightly darker shade of the overall tan-colored coat in the center of the black rosette shape. The leopard print is more elaborate, whereas the cheetah looks more densely populated with solid black spots.

Old Navy features a cheetah print in a sleeveless dress. If you closely examine the print, it's not a proper cheetah pattern. This pattern has the undeniable rosette marking of a leopard.

This sports bra, by Calvin Klein, is incorrectly labeled cheetah print as well. There's a superficial similarity to cheetahs, so you can see how pattern designers would make a mistake, but once you learn to distinguish the difference, it's hard not to spot the fashion blunders.

Mod Cloth plays with colors in this vintage-style wrap dress and titles it Java Lava Wrap Dress. Examine closely, and you might conclude that the pattern is actually cheetah due to the solid, polka dot shapes.

Even for the steep price of $4,901.00, Gucci misses the mark and confuses cheetah patterns with leopard. Since creative director, Alessandro Michelle took the most significant role in redeveloping the brand, Gucci released old-world mythological concepts incorporated into their designs. For example, the handle in this bag was inspired behind the aquatic plant part of Nymphaea. The product description reads, "A large, structured leather top handle bag with bamboo handle featuring cream pearl details, referencing Greek and Latin myths surrounding the pearl and water lily-an aquatic plant part of the Nymphaea genus."

It's unfortunate that so much forethought is poured into the details, design, and concept, yet the obvious and recognizable pattern is mistaken for a different animal. Very few brands get it right. We will have to overlook this glaringly significant oversight. At least you have an expert eye in the cheetah vs. leopard print dialogue.

How to Rock Leopard and Cheetah Print

Pair this Madewell animal print bag with a white t-shirt and light-colored denim jeans with solid color flats for a laidback look. For a chicer dress ensemble, wear a timeless black dress.

This sultry and sexy leopard print dress can be worn with strappy heels and a small black purse. This is a statement piece, so make sure you don't detract from the look with over-the-top accessories.

For a sporty-chic look, this animal print tote is adorable. Simplify the look with jeans and a cream or white top and a pair of sneaks. You can also adorn this belt bag with a bold and pattern outfit for a maximalist look.

This top is chic and very sexy. It's versatile, classic, and has head-turning appeal. Wear jeans and heels if you want something relatively practical, dressed up, and can pass as casual. For a more regal, formal look, wear it with a sleek pencil skirt in black.

These J. Crew dress pants are comfy and in style this season. Wear a body-conscious top for a proportionate look. If you're going for a comfortable, relaxed look, couple with a black, tan, or white button-down blouse.

This vintage-inspired coat is old Hollywood glam. You can wear over an animal print dress coupled with black boots. As always, dress the coat down with denim, keeping the coat as the statement piece.

Emily is a fashion consultant, designer and creative director with more than 15 years experience creating, designing and developing clothing & jewelry. From managing pageant shows to turning concepts into actual designs, she has experience with almost all fabric types and jewelry designs and is in touch with the latest fashion trends.

Yoper is a proud reader-supported website. We may earn a commission if you buy via our links, at no cost to you. Thank you for helping to keep us running. 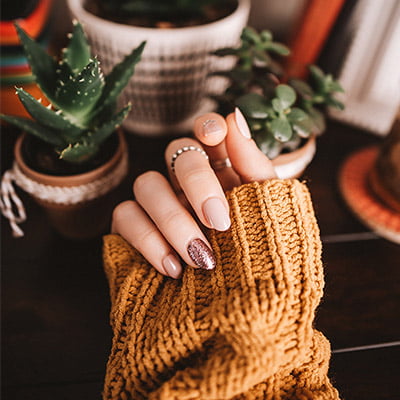 Get a Weekly Dose Of Tomorrow's Trends & Best Products!

Didn't find what you were looking for?